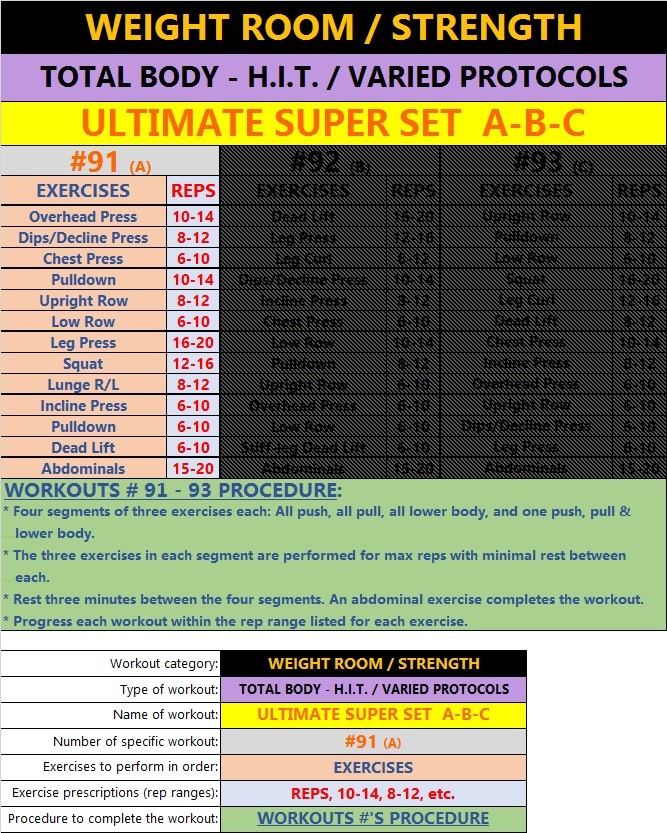 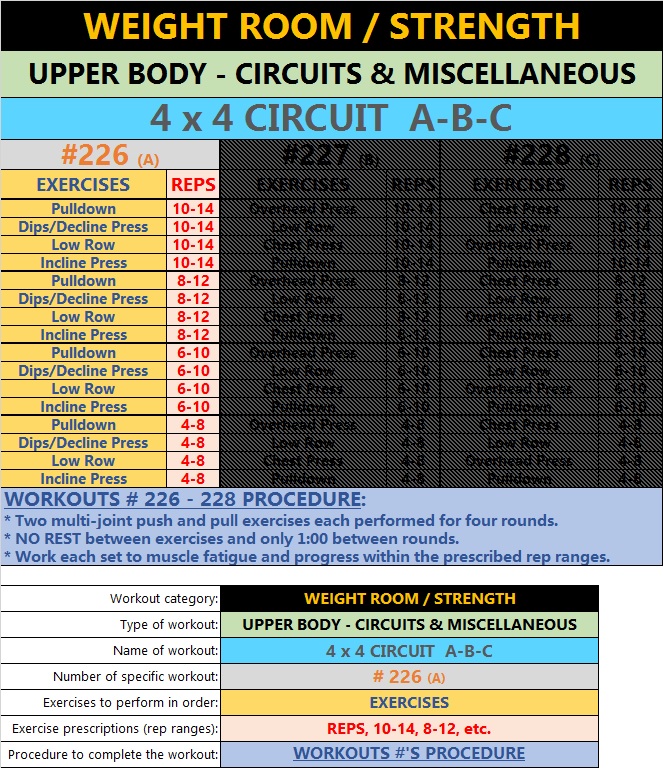 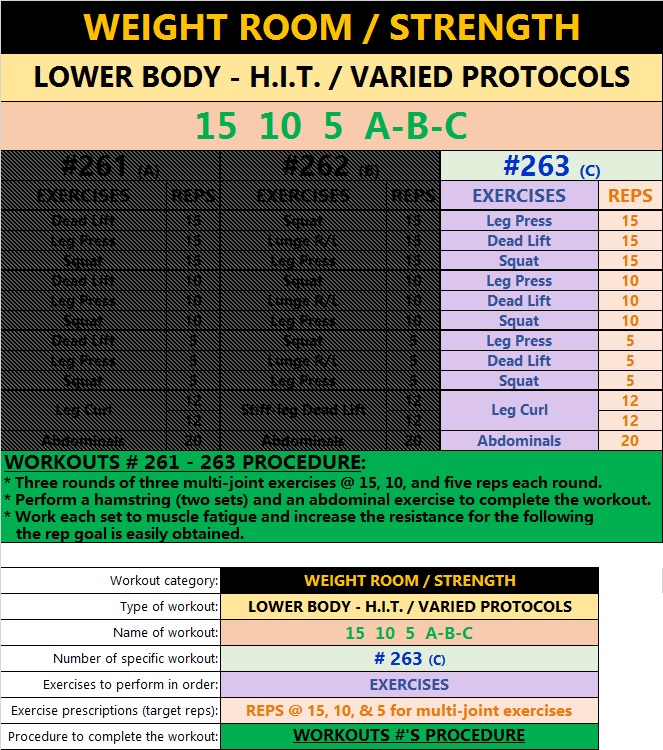 Locate the recording form number in the library of workouts and transfer the workout details (exercises, reps, etc.) to the form as follows: 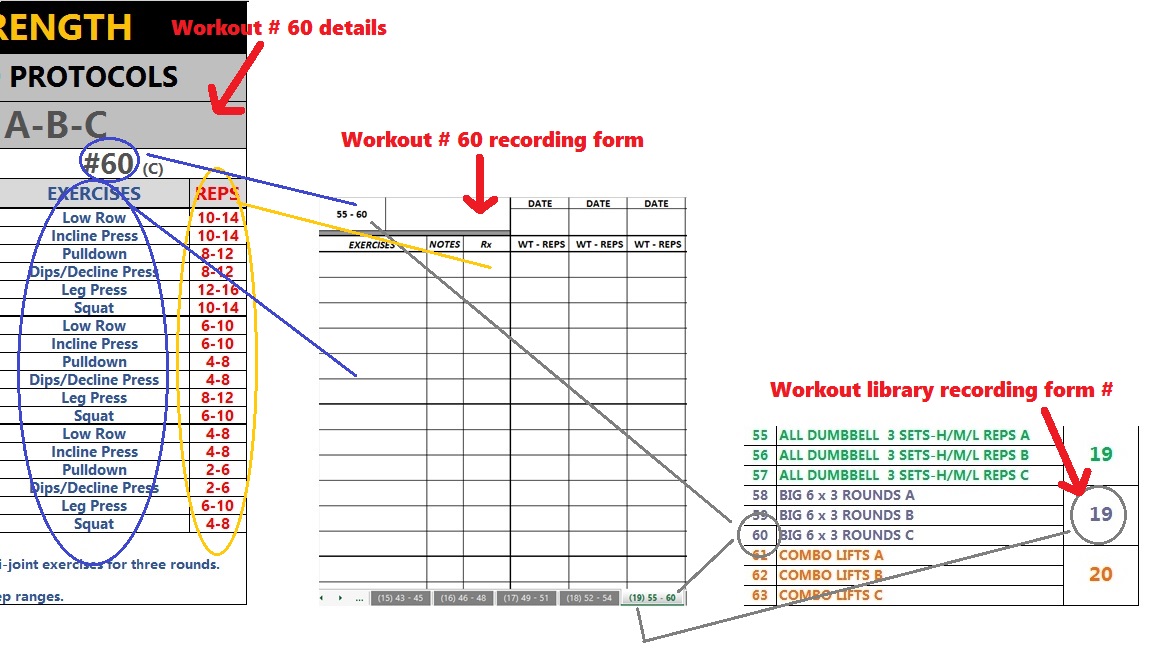 Progression In The Weight Room

As muscle grows and becomes stronger it must be exposed to greater stress – a progressive overload – to further improve in size and strength. To objectively create progressive overload most weight room/strength workouts use reps ranges or single target reps. The goal of each set performed is to complete as many reps possible safely and reach fatigue at the set range of reps or target rep number. This assures that muscle overload is reached for the best results.

An example, a rep range of 8-12 means using a resistance where muscle fatigue occurs between eight and 12 reps without the assistance of a partner. In other words, lift the resistance with proper form for a maximum number of reps, aiming for at least eight reps but going beyond 12 if you can. If you obtain nine and are unable to get 10 record it, then aim for 10 in the forthcoming workout, then 11, and finally 12 over the following sessions. When the high end of the rep range is obtained increase the amount of resistance for the following workout and aim for the minimum of eight but perform as many possible safely and with good form.

See the example below for the various rep ranges. Arrows mean the resistance was increased from the previous workout.

Initially you may increase by more than one rep each workout. Over time, however, it will be difficult to get that extra rep or continual resistance increase as you approach your genetic limits. That is normal for anyone who makes a concerted effort to train hard. But as your gains begin to level off, understand you’ve progressively made the climb and your abilities have improved. Absolutely no human in the history of training has made continual linear gains over their lifetime. Like the stock market there are the routine ups and downs, but over the long haul (weeks and months) you’ll experience a gradual increase in ability if you give that 100% effort from workout to workout.

Target reps are just as simple. Obtain the set target number, then increase the amount of resistance for that number the following workout. Example:

See the examples below for 20 target reps. The arrows mean the resistance was increased from the previous workout.

Like rep range progression, over time it will become more difficult to achieve the target reps each time the resistance is increased from the previous workout. But that is okay. At the least you’re going all-out regardless if the target rep number is reached. As per rep range progression target rep progression will have its ups and downs. Over time, however, you’ll see a measurable increase in ability because of your consistent effort to give 100% each workout.